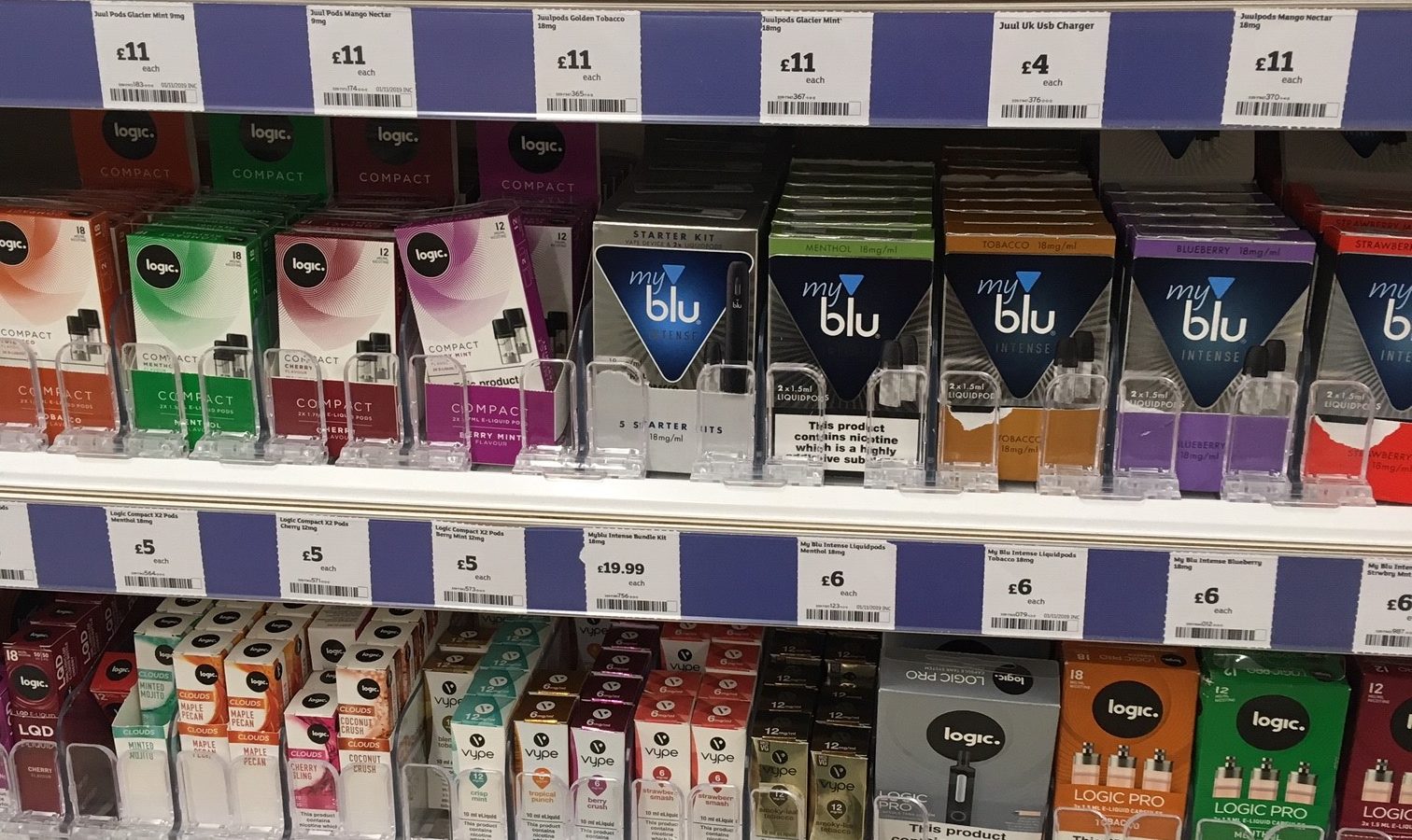 In November The Royal College of Paediatrics and Child Health published an excellent article: “E Cigarettes: Tar Wars: The (Tobacco) Empire Strikes Back”.

We’ve been here before. With asbestos – a killer substance which causes death, respiratory disability and untold misery with a long latency period between exposure and onset of respiratory disease symptoms. And where, often, culpable, historic tortfeasors, or more frequently, their liability-inheriting insurers, will not accept legal responsibility without a fight.

The meticulous RCPCH article, bolstered by robust research but redolent with evidence-based cynicism, notes that the “new hydra head of vaping and other means of inhaling nicotine” has been “enthusiastically embraced” by Public Health England, as compared to the firmly critical stance on vaping adopted by the European Respiratory Society and the Federation of International Respiratory Societies. The article examines how those who care for the respiratory health of children should assess e-cigarettes. Are they a health benefit which keeps children away from the damage caused by tar and carbon monoxide (CO) in “traditional” cigarettes, or are e-cigarettes an emerging, sinister threat to lung health?

The RCPCH article acknowledges the benefits of smokers not being exposed to tar and CO, but emphasises the highly-addictive qualities of nicotine, which is part of the e-cigarette “offering” and which causes fetal lung and brain damage. The RCPCH authors also point out that vaping flavourings are “lightly regulated” and frequently contain substances which have some level of associated hazard/risk. The risks to health in young people from vaping substances includes hypersensitivity pneumonitis and diffuse alveolar haemorrhage. In vitro, vaping fluids are known to have adverse effects on airway cells, increasing bacteria adherence and pro-inflammatory effects. Experiments involving mice have flagged vaping-related risks of emphysema, comparable to the emphysema effects of tobacco. The authors foresee onset of COPD linked to vaping. A conclusion is that the very small percentage of vape fluids that have been studied have their “own unique brand of adverse effects.” The article also highlights the risk of vaping being a “gateway” to tobacco smoking and the authors assert that “the complacency of Public Health England whilst thousands of children become nicotine addicted through vaping is a most pusillanimous abrogation of responsibility”.

Another important ingredient in the RCPCH article is an examination of the cynical and subtle marketing methods used by e-cigarette manufacturers aimed, ultimately, at targeting children.

As with asbestos disease, and as with smoking tobacco, the RCPCH authors point to the fact that the long-term effects inhaled irritants causing lung damage take decades to manifest (cf mesothelioma, asbestosis lung cancer, pleural effusions and pleural thickening in the case of asbestos, lung cancer and COPD in the case of smoking). The effects of passive inhalation of e-cigarette smoke is currently unknown, but educated guesses can be made and the evidence to date is not reassuring.

The article authors point to data which, they say, illustrate that compounds added to e-cigarettes breach the European Tobacco Produces Directive (2015/40/EU) insofar as the compounds pose a risk to human health. On the face of it, therefore, this brings into question the actions of the e-cigarette manufacturers and their lack of regulation by public authorities such as Public Health England.

In summary, the RCPCH article concludes that “we believe that we should align with the large international respiratory societies to say that, unless and until e-cigarettes are proved to be safe, they should be marketed and regulated as cigarettes, because they contain hundreds of unknown and unregulated compounds not found in tobacco.” The authors warn that the approach currently being adopted by Public Health England risks a future epidemic of lung disease to be suffered by today’s children. They call for the Royal College of Paediatrics and Child Health to join with the international voices to counter the vaping epidemic.

And on a different but linked topic….

But what about blood vessel function?

On 16 November 2019, the Guardian reported on another research project which suggests that switching from smoking cigarettes to vaping improves blood vessel function with the advantage or reducing the risk of heart attacks and strokes.

Prof Jacob George of Dundee University have written an article in the Journal of the American College of Cardiology reporting on research which suggests that individuals have healthier blood vessels if they switch from smoking traditional cigarettes to vaping.

The researchers do not prove that vaping is safe. A spokesman from the British Heart Foundation (who funded the research) said that they did not advocate taking up vaping if individuals did not smoke.