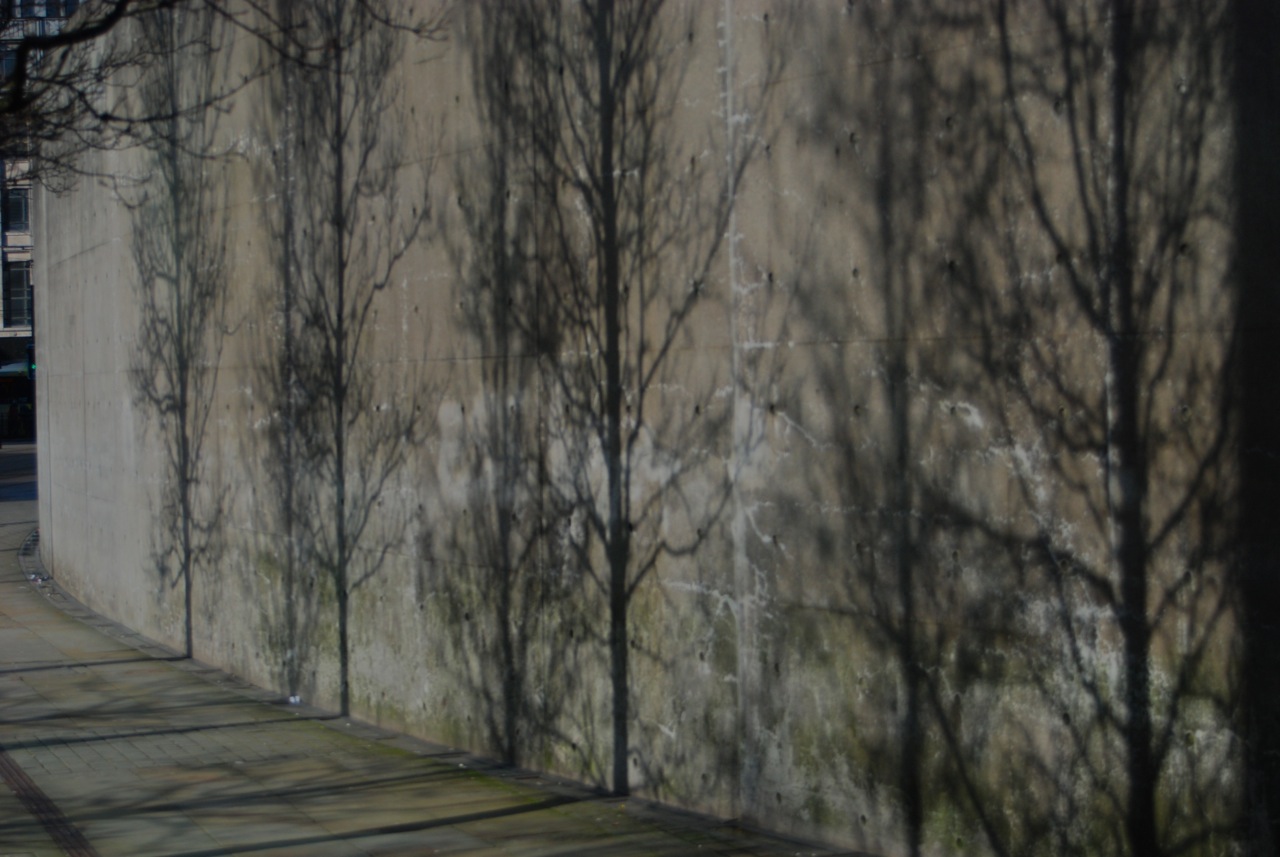 Invisible killers. C-19 and lessons from the slow-burn asbestos scandal.

Over the last few years since the SARS and Ebola Crises, intelligent and reliable sources of media have warned many times that there was a risk of a global pandemic. At the moment one of the items doing the rounds on whatsapp is a refence to a scientific paper from Clinical Microbiology Review dated as long ago as October 2007 p 660-694. The research was carried out by Vincent C.C. Cheng and his colleagues at the Laboratory of Emerging Infections Diseases in the Department of Microbiology at the University of Hong Kong. Their paper has the exciting title “Severe Acute Respiratory Syndrome Coronavirus as an Emerging and Re-emerging Infection”. The paper mentions “the presence of a large reservoir of SARS-CoV-like viruses in horseshoe bats, together with the culture of eating exotic mammals in Southern China” being a “time bomb”.

March’s “The Lancet” (eg on-line publication Vol 395, Issue 10229 p1063-1077 28 March 2020) was full of articles about the Covid-19 global pandemic, including emphasising that during the past 17 years there have been three lethal zoonotic diseases of humans caused by novel coronaviruses: SARS in November 2002, Middle East Respiratory Disease – MERS in in April 2012 and Covid-19 in December 2019.

In short, Covid-19 and its pathogenic relations, have not arrived silently nor unexpectedly. There was a veritable fanfare in the scientific community and public health officials knew all about it. Years ago. This begs lots of questions about why our communities, here and abroad, were not better prepared on a local, national and global basis. When those people close to us become very ill or die, serious questions will be asked about political, legal, as well as moral responsibility, for lack of preparation, particularly when lack of testing in the UK means that it is unclear how far the Covid-19 virus has spread, and thus, if and when the virus will flare up again when we finally return to the new normal.

There may be huge lessons to be learned regarding legal liability for the consequences of Covid-19 from asbestos litigation.

But first a very quick thumbnail sketch law lesson about contract and tort “civil” law. Most people know something of the law of crime because members of the public sit on juries and because criminal cases make for compelling TV drama. Civil law is less accessible to the public and thus more mysterious, being a collections of different concepts, doctrines and principles and, ultimately, civil disputes being resolved by Judges sitting (ie deciding cases) alone. Much of civil law is regulated by forms of contract law which sets out the rules regarding what and how people can buy and sell, lease and mortgage, goods, property, land and valuable things, (whether its a bag of potatoes or a flight on a plane). Contract law is largely morally neutral being about the rules of buying and selling, borrowing and repaying all the different types of property.

Another important branch of the common law jurisdiction is the law of “Tort” from French for “wrong”; a civil wrong or wrongful act, (whether intentional or accidental), which causes injury to another and resulting in the legal liability for the person (or organisation) that commits the tortious act. Torts include negligence cases, including infliction of emotional distress, financial loss, invasion of privacy, unwarranted damage to reputation and, most importantly, physical injury. From a jurisprudential point of view, it is interesting to note that the law of tort is founded on ideas of the value of community and human relationships (unlike contract law). The first thing that Tort students learn is Lord Atkin’s “neighbour principle” articulated in the case of Donoghue v Stevenson [1932] AC 562: “The rule that you are to love your neighbour becomes in law you must not injure you neighbour; and the lawyer’s question “Who is my neighbour?” receives a restricted reply. You must take reasonable care to avoid acts or omissions which you can reasonably foresee would be likely to injure your neighbour. Who, then, in law is my neighbour? The answer seems to be persons who are so closely and directly affected by my act that I ought reasonably to have them in contemplation as being so affected when I am directing my mind to the acts or omissions which are called in question.“

And so to asbestos and those who ought reasonably to have been in the contemplation of the those who manufacture(d) or require(d) their employees to work with asbestos …..

It was known that asbestos caused respiratory illness in Roman times. In the 1930’s it was well-known that people working directly with asbestos manufacturing asbestos products (including things like roofing materials, guttering and downspouts and asbestos textiles) were at risk of developing lung fibrosis – “asbestosis”. In the 1960’s medical research demonstrated that even very small amounts of asbestos could cause the fatal lung cancer (mesothelioma) and medical evidence mounted up to demonstrate the link between even modest past asbestos exposure and other lung conditions as well as the dangerous combination of smoking and asbestos exposure to provoke more common (non-mesothelioma) lung cancer.

Despite this background of growth of scientific and medical knowledge, the public authorities in the UK (spearheaded by the Factories Inspectorate) were very slow to take steps to regulate asbestos use, did not halt manufacture of asbestos products, and did not take steps to prevent employers requiring their workforce to continue to work with asbestos until well into the late 70’s and 80’s. Very few people had access to respirators at work (the special face masks which filter the air so that people could breathe safely –  not to be confused with the ventilators that help people breathe in hospital and of which there is a current massive shortage) and the Factories Inspectors had little access to equipment which measured the amount of asbestos particles floating around in the air in workplaces and elsewhere. As a result, whether or not asbestos dust was “visible” at the time became a rough-and-ready yardstick as to whether an activity was un/lawful and this feature still plays a role in the cases which appear before the Courts on a daily basis. With further evolution of medical knowledge it became obvious that, sadly, invisible quantities of asbestos dust could also be deadly and, following a significant time lag, successive governments passed Statutory Instruments to protect the public from asbestos and the authorities became increasingly strict, including with enforcement through the criminal law. Further, in the area of industrial pulmonary disease, and especially in relation to asbestos, the common law (case law) element of our body of law has developed a series of highly complex and technical rules. Application of these by specialist lawyers now holds companies, the government (where they caused the tortious problem) and insurance companies to account. Eventually, the positive result is that use of asbestos (in the UK at least – it’s a different story elsewhere in the world still) is massively reduced and most people are very wary of coming into contact with it.

Unfortunately, however, a lesson to be drawn from the public asbestos story which transfers to microscopic pathogens like Covid-19, is that humans are really poor at appreciating and keeping safe from invisible but deadly agents. And this feature, which seems to boil down to the psychology of human learning, finds its way into issues which sound in legal causation. One lesson from the pandemic is surely going to be a keener appreciation of scientific warnings with predictions expressed through modelling, which in turn will require lawyers to better understand data-mining techniques and how such evidence can be extrapolated for predictive effect. The most obvious application is surely the effects of climate change. It seems to me that tortious tests relating to foreseeability are likely to be re-visited by the Courts.

The slow-burning asbestos story also illustrates that civil litigation, ultimately, has an important role in regulating dangerous phenomena by changing human behaviours. However, changes have to be made by those who can make systemic changes by regulation of what happens particularly in the public domain; whether by legislation, enforcement or regulation such as via insurance premiums.

Other than the frail and elderly, we now know that the following groups are particularly vulnerable to Covid-19: anyone whose respiratory or cardiovascular health has already been damaged, including by the negligence eg of an employer who exposed them to damaging particles or a dangerous workplace environment; anyone forced to live close to others particularly in insanitary conditions (perhaps in a hostel, prison or immigration detention); anyone who is homeless (and noting that homeless people often have complex needs, and thus complex medical and legal needs). Perhaps predictably, and particularly obvious from the statistics coming out of New York, poverty is a risk factor, so what will happen when Covid-19 takes hold in the developing world, we can only fear.

Whilst no one should create additional hurdles for those public servants trying to contain Covid-19, especially healthcare professionals, individuals and society need to be collecting the evidence and gearing up to investigate and take relevant steps to hold the relevant bodies accountable for not having taken more advance steps to protect us from Covid-19. We also need to understand what the future virological risks are, including how to ensure that we remain safe from other pathogens eg MERS which is very prevalent. The same considerations, in principle, must apply to climate change.

On the topic of trying to understand what current risks tell us about future potential risks it is valuable to recall what Lady Justice Hale said (as she then was) in her Judgment in the case of Jeromson [2001] EWCA Civ 101 [para 52]. The facts of the case addressed the knowledge, in the 1950’s, that the effects of modest exposure to asbestos was unclear, but nonetheless, there were implications for this existing limited knowledge in relation to the dangers of asbestos:

The legal fallout from the pandemic is massive. But one change that we must demand is that those in positions to do so must regulate and be required to keep a watchful eye to keep us safe from the things which are known to be unsafe but which cannot be seen. It is obvious that our human evolutionary survival mechanisms, which rely so heavily on the sense of sight, are actually a handicap in 2020. We need to evolve to be able to assess and better use other types of data available. Legal fore-SEE-ability and understanding of causation is going, surely, to come under scrutiny. And another theme should be a public discussion regarding the limits and extent to which we can safely regulate the world through contracts. After all, one cannot negotiate with biology and physics.