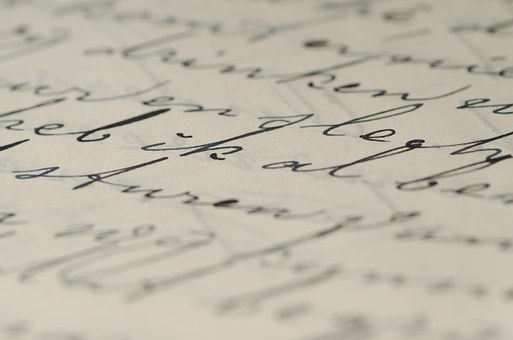 ALL CHANGE! Statements of truth and foreign language speakers

“The past is always tense, the future perfect.” ― Zadie Smith

On 6 April 2020 important changes were made to Practice Directions 22 & 32 in relations to STATEMENTS OF TRUTH which I will consider below. But I will also consider some of the practicalities of drafting witness statements on behalf of people who do not speak English as their first language.

In the UK we have (at least traditionally) had fixed ideas about language. English dominates. Welsh and other regional languages are “minority”. Our default is to presume that languages are intimately related to physical and political borders. All this probably stems from living on an island.

Of course, in many parts of the world, whole populations are intimate with two or several languages and routinely switch mid-sentence. In northern Spain, I am often involved in conversations with others who speak to me in Catalan (which I have never formally learnt), I understand and respond in Castilian Spanish, with us trying out English if we get really stuck. For those who do not know, it should be noted that there are large Catalan-speaking communities in South West France so Catalan language does not “respect” international borders, even before you get into the delicate political discussion. In Manchester where I live and work, I am surrounded by people who are completely bi-lingual in Urdu and English, Sylheti and English, who often know a bit of Arabic and the Urdu speakers tell me that they easily understand Gujarati.

Increasingly, this English language-centric world view seems artificial in the work of our Courts and Tribunals, dealing with ever-increasing numbers litigants who do not speak English as their first or even second language. Of course, the Courts and Tribunals need to work in one language. But this issue is causing massive problems during lockdown, and will, I envisage, continue post-lockdown with ongoing social distancing measures, because understanding oral evidence through interpreters is challenging enough at the best of times, exacerbated by all the ingredients that are lost when communication is attempted virtually, electronically on-line. (Who isn’t exhausted after long platform-facilitated hearings and meetings and conferences, even by phone, because you have to concentrate much harder to understand as a result of the of the delays, freezes, loss of visual cues and loss of body language indictors?)

Against this background I note that Practice Direction 22 relating to statements of truth was amended on 6 April 2020 (pursuant to the 113th amendment of Practice Directions: https://www.justice.gov.uk/courts/procedure-rules/civil/pdf/update/cpr-113th-pd-update.pdf ).

The amendments are welcome and important, aimed at emphasising the formal nature the legal documents to which they attach, and highlighting the fundamental importance of reliable information and the need for integrity, upon which our legal system is predicated:

The new/changed statement of truth says explicitly that the person signing understands that “proceedings for contempt of court may be brought against anyone who makes or causes to be made, a false statement in a document verified by a statement of truth without an honest belief in its truth”. Obviously, anyone signing a statement of truth, particularly if on behalf of others, must be confident that it is accurate and the onus is on them to clarify any ambiguities before signing.

In relation to non-English “foreign” language and process, the 113th amendment creates changes at Practice Direction 32:

PD32 para 18 says that the witness statement must, if practicable, be in the intended witness’s own words and must in any event be drafted in their own language and the statement should be expressed in the first person.

The above Practice Direction requires these very clear steps to be taken and it is obvious that there will be very serious consequences if the provisions are not adhered to.

It should also be noted that Practice Direction 32 at para 18.1 states that, not only should any witness’s statement by in their own language. It must, if practicable, be in the intended witness’s own words.

It is unclear what “if practicable” means in this context when there is no such thing as direct word-for-word translation (eg Latin-origin languages use the subjunctive tense to communicate degrees of nuance, whereas English only has a hint of subjective and uses different vocabulary and forms of words to give important detail instead). This, therefore, will give those drafting statements on behalf of clients yet more practical challenges regarding drafting witness statements that are concise, stick to the point and explain evidence in a thorough and logical manner, without the drafter inadvertently changing the content of evidence or giving unintended emphasis to part of it. In truth, I think that Judges and opposition parties would complain, not least from a costs perspective, if witness’s statements started communicating in the unstructured, slightly disorganised and often emotional way that litigants and witnesses communicate about legal problems serious enough to warrant witness statements.

When this issue is explored, often the innocent explanation is that the litigant’s solicitor speaks the witness’s mother tongue (often an influencing reason why they sought the help of the solicitor in the first place) and that the witness has trusted them to reflect their instructions in English when the formal witness statement was drawn up. The witness, however, does not understand the importance that the final draft of the witness statement is read to them in their language before they sign the statement of truth at the end. This, obviously, has potentially serious consequences if cross-examination reveals inconsistencies in the witness’s evidence which engages the accuracy of the written witness statement.

So, to return to the issue of witnesses who are bi- or multi-lingual, and how to approach the language of their witness statement, there does not seem to be any guidance as to which language they should choose to draft their statement in. However, as a matter of common sense and practicality, if an individual who does not speak English as their first language chooses to write an (obviously untranslated) English language witness statement, then the Court will expect them to speak English without an interpreter at a final hearing and, therefore, to understand all the nuances of cross-examination questions and be able to respond in a clear and detailed manner, for example using all the tenses of verbs correctly and with a wide vocabulary. Conversely, if someone needs to use a language other than English in a witness statement, then a translator needs to be organised to translate their evidence in their witness statement which needs to be read back to them in English by an interpreter at the time they sign the statement of truth. Further, an interpreter needs to be arranged for any court appearance where the witness gives evidence. Although it takes longer, the witness should stick to their own language whilst giving oral evidence to ensure the best quality of their evidence.

I would strongly advise lawyers not to get involved in translating witness statements of their own clients nor to interpret documents back to the client, so as to avoid any suspicion or direct accusation of influencing the witnesses evidence, particularly given the now very clear warnings about contempt.

Finally, where a witness is so proficient in more than one language but English is not their first or “mother tongue”, which language should they choose? As a matter of practicality and communication they should choose the language in which they can explain their problem fully and respond to searching questions. As a matter requirements of the law, they must be able to be confident that their evidence is “true” (or believe it to be true) in whatever language.

If there ever was, there is now no wriggle room. The Manuels of the Fawlty Towers era can no longer claim that they do not understand because they are from Barcelona!

Previous Post: « C-19, Online Courts And The Future of Justice
Next Post: A European Union of Citizens: Will UK nationals retain EU Citizenship? »