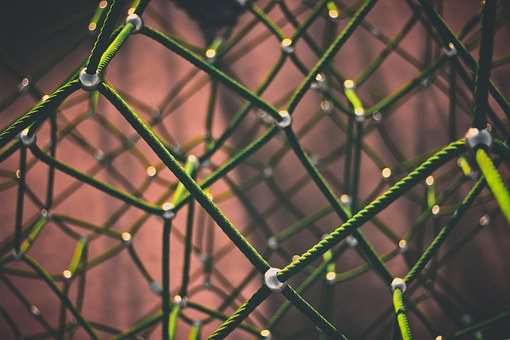 In May 2019 the European Circuit of the Bar presented two panel discussions to an audience of 100 held at Manchester County Court on Brexit-related topics. Below is the paper that I delivered:

Initially I had a fantasy of doing a talk about Treaties illustrated by interesting photos of international cities and places, perhaps combined with a quiz to keep attendees awake. (Top prizes for anyone who got Schengen or made links between my photos of those melt-in-the mouth Pasteis de Belém and Saint Jeronimo’s Cathedral, which form the cultural background to the Lisbon Treaty). Time does not permit.

I therefore will try to articulate what amounts to my core anxiety, as a lawyer, regarding Brexit which, we are told, is a potential opportunity for lawyers. Having said, even if Brexit does not go ahead, I believe that my comments regarding what I believe are our precious core legal values still remain true.

My background is as a tort lawyer. Most Manchester tort lawyers are personal injury specialists and I have always been struck by the public ethical values articulated through tort jurisprudence, such as: “duty of care”; Lord Atkins “neighbour” principle in Donoghue v Stevenson; the concept of “reasonableness”, which extends beyond simple economic considerations; and “uberrima fides” – the duty of “utmost good faith” – being the foundation of insurance contracts, and so on.

For PI lawyers it currently feels like those values are progressively under attack when, increasingly, the emphasis is on all dimensions of costs and a post-Lownds focus on a formulation of proportionality weighing the crude economic value of a case against the cost of litigating it. There are “values” in contract cases also, albeit less pronounced, such as: unfair contract terms, unconscionable bargains and duress. Competition law is, of course, predicated on decisions to manage unevennesses of market power, too much of which is seen as a “bad thing” requiring control.

Against this background, for me Brexit has thrown up fundamental questions about the proposed aspirations for of our jurisprudence going forwards, despite the UK traditionally having had a disproportionately heavy hand in the drafting of international treaties. In intending to resile from the Treaty of Lisbon (the TEU and the TFEU) through Brexit, and in “reclaiming” dimensions of national sovereignty allegedly “lost” when shared or “pooled” with the other 27 Member States, this could imply a significant reordering of our core legal values.

Unlike most media commentators, we all know that the European Union is a legal construct. One of the most contentious elements of EU law is that so much of it has direct effect – that is to say much of it is enforceable by individuals, businesses and undertakings in national courts, such that such individuals, businesses and undertakings do not have to wait for State to intervene on their behalf (cf what I believe Prof Alastair Sutton will say about the WTO, GATT and GATS etc). And the direct effectiveness criticised by proponents of Brexit is further aggravated (for them) by the supremacy of EU law where it clashes with domestic law (Costa v ENEL). At the same time, an underlying principle of EU law is subsidiarity, whereby political, social and legal issues should be dealt with at the most immediate local level. This has translated in the heavy lifting of promulgation of legal norms being performed by national Courts and Tribunals by local Judges.

Fundamentally, to me Brexit feels like a risk of rejection of certain legal/ethical values, albeit in exchange for the potential benefit of freedom of UK PLC to be able to make wider trade agreements, but without (as far as I am currently aware) guarantees to UK citizens for respect for existing and the progressive development of ethical standards and norms emanating from EU law. This against a background concerns about access to justice in the UK, as articulated, for example, by Lord Wilson in Chicago last year.

In exiting the EU, we stand to lose, for example, on top of losing co-operation with the EU on criminal and civil justice:

Nonetheless, whilst Brexit promises to allow the UK to be more flexible so as to be able to better enter into international trade agreements, the rejection of the Lisbon Treaty and EU Institutions suggests that the UK is aspiring to have a more “dualist” legal order, if this is what “taking back control” of our laws means. It implies an inward-looking legal order where international law is reserved for external relations.

But for common law lawyers, and UK Judges, this begs questions about: when we lose current EU-based rights and legal values, what will happen? Will they be replaced? Will there be a gap or vacuum? Will there be a shadow or imprint where the EU law once was? And will non-EU Treaties fill the gap? For example, in leaving the EU we do not abandon the Geneva Conventions, particularly the 1951 Refugee Convention, despite the Brexit aspiration to curtail international movement of people.

So will there be a shift in our public attitude to international law which will become etched in our domestic law? Given UK lawyers’ track record for “punching above our weight” in the international arena over recent decades, I am hopeful that we will not turn into a rigidly “dualist” legal order and that our Judges will continue with teleological interpretations of the law, including values dimensions.

Now, when Digital Ledger Technology, “fintech” and smart contracts recorded on block chain are changing, directly and indirectly, our ways of doing business in ways that sounds potentially economically efficient and clinical, this will revolutionise legal regulation and litigation. Nonetheless, it is important that, in the excitement to be further engaged in globalisation generally, and global trade in particular, that the domestic need for legal protection of individuals, business and undertakings internally and vis a vis “foreign” legal exchanges, is guaranteed. To a great extent, making the market run on rules can be done with technology, and there are obvious advantages in facilitating certain elements of access to justice by technology. But there will always be huge issues of interpretation and discretion which cannot be delegated to Artificial Intelligence.

Ironically, international law might be part of the shoring-up of those protections. At the same time, a great advantage of our common law system is that it is flexible.

In the post-referendum and post-Brexit world, it seems to me that common lawyers might find themselves researching, re-discovering and/or reaching for principles enshrined in international law to articulate our common law values, particularly against the background of debate over challenges to access to, and funding of, Justice services.

I have in mind Conventions as diverse as:

In 1998 I went to a legal training event where some cynical wag dismissed the Human Rights Act (based as it is on the European Convention on Human Rights) as “the Viagra which will revive a flagging submission”. How we laughed. And, thankfully, how wrong the wag seems to have been when I see increasing numbers of human rights decisions in my Lawtel daily update feed. It will be interesting, and potentially ironic, to see if “taking back control” of our laws involves greater reliance upon universal legal values articulated in international treaties and agreements.

In relation to our public legal values post-Brexit, and to borrow from the top judge and Manchester Jurist, Lady Baroness Hale, in Montgomery v Lanarkshire, (the landmark case on consent in clinical negligence cases) and where the common law tools were expertly used to update the law, once the court is dealing with value judgements, evolution and clarification of the law can excavate values lodged in our jurisprudence which were not previously recognised. I think Brexit will force us to re-appraise the law of which we have taken back control in a new light to find out what our public legal ideals are, shorn of the European-values dimension.

Women in Leadership in Law
Next Post: No Breath of Fresh Air on the Issue of Vaping-Related Lung Disease »